The Scene: Our hero, on a break with a co-worker, is discussing a recent string of terrorist scares in which white powder was mailed to schools around the continental US.

“Everyone thinks it couldn’t happen up here,” my co-worker says with an air of authoritative experience, “but if it did, as soon as you opened that envelope, there’d be that moment when suddenly, BAM—you’re in the real world.”

“That’s true,” I agree. “I don’t think people consider serious threats a possibility, though I also don’t really like the term “real world” because, I mean, we all live in the real world—”

In the middle of this sentence my co-worker’s eyes take on a vacant, glazed look, his mouth forcibly curls upward into a smile, and his cheeks crease unnaturally with the strain of listening to something he is so clearly not interested in, for he is annoyed by my insinuation that he has just used a clichéd term inappropriately and could not care less about my interpretation of the phrase “real world.” That’s when he says it, in a long, slow drawl:

More and more often I find myself noticing moments like these when my interlocutor acts on his or her obvious disinterest by either changing the subject or (more commonly) using a stock response. In this instance I am uncertain whether the culprit is simple disinterest or my having chosen to speak at all. Or, is it a fear that I may take the conversation to a place in which my co-worker has no bearing, and thus nothing to articulate? (He would have to be quiet, then, and might become embarrassed if it appeared that I knew something he did not know. After all, he is older than me.)

The stock responses people regurgitate in these situations have no real meaning, but are easy to say and create the illusion that the person is listening or interested in the topic at hand. (To my great disgust, they have also become more socially acceptable.) Common examples include:

I know!
Oh, sure.
Definitely!
Absolutely!
Amen to that.
Yeah, I know, right?

Stock responses are often accompanied by a lack of eye contact, forced smiles like the one described above, an overabundance of laughter, or continued involvement in a task or activity while speaking. I believe the majority of people accept these encounters as a conversational norm (particularly in the workplace or when meeting people at parties before the alcohol has worked its desired effect), but we don’t have to let this happen. If we all listened more, made more of an effort to engage ourselves in what other people had to say, and focused less on sharing personal accomplishments, our conversations would flow more genuinely. They would also be more interesting, and talking to others would be more fun. It would be a more dynamic world.

But there are a lot of people out there, and a lot of them are stuck in this conversational rut. Is it too late for some of them whose souls have been dulled by years of flagrantly self-centered behavior? I wish I had the answer.
Posted by Ian at 5:13 PM 4 comments:

That the photo blog Fuck Your Noguchi Coffee Table has as many followers as it does proves conclusively that other people like making fun of hipsters as much as I do. Maybe more. 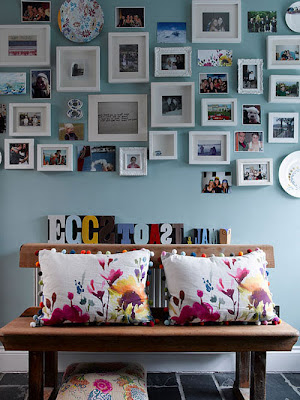 By posting the worst examples of ultra-hip interior decorating, Fuck Your Noguchi Coffee Table sends a clear message that it’s not cool to copy designs that you saw on the internet, it’s not cool to buy quirky old things when you’re under thirty-five, and it’s not cool to own a terrarium. Actually, it’s pretty ridiculous to do all of those things, and the more of its bland abominations you look at, the clearer the uninspired repetition of fashion clichés becomes. Here’s another example: 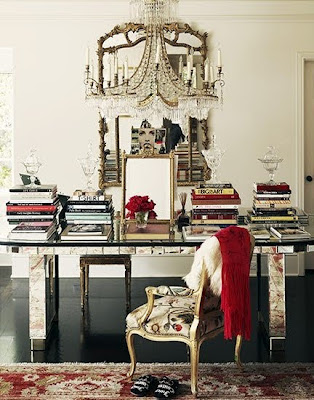 Ignoring the dangerously low-hanging chandelier for a moment, take a look at this picture. At first glance, it may appear interesting, aesthetically pleasing, unique, etc, but then look closer. What is this a picture of? Stacks of books on a table. The whole table. This presents the question of why the occupants of this apartment have chosen to render useless a perfectly good table that could otherwise have been used for eating, card-playing, building model airplanes, spontaneous after-dinner lovemaking, or blueprint examination. This may appear to be a perfectly logical way to display one’s book collection (as one might display an athletic trophy or a soda bottle from an exotic country) until one considers that books meant to be opened and read, and the whole purpose of vertically storing books spine-outward on a bookshelf is so they can be easily removed and used for this purpose. If books are stacked one on top of another, removing one for reading becomes a tedious exercise as one must either slide the uppermost books to one side or awkwardly move the upper portion of the stack into a separate stack as one attempts to retrieve the desired book. And this is made more difficult by there being a fucking vase thing on top of the books. How is anyone supposed to read anything on that table without accomplishing a minor feat of acrobatics?

The stacks of books epitomizes my problem with these designs: they stress looks over practicality. For the people who took these photos, books are meant to be looked at, not read; vintage typewriters are meant to be admired, not used (we have computers for that); and oversized taxonomic illustrations are meant to provide rooms with character, not actual information.

I prefer rooms that look lived in, imperfectly designed, and even a little messy. I feel more comfortable in them. If a room looks like something out of a magazine cover, I feel as if I’ve wandered into a place I don’t belong, as if my being there has thrown off the intricate balance that the designer hoped to achieve. (There are no people in the Fuck Your Noguchi Coffee Table photos.) An ideal room need not be curated to achieve a desired result; it should evolve naturally through the objects we bring to it because those objects mean something to us or just happened to catch our eye. That's a look that can't be faked.
Posted by Ian at 10:56 AM 6 comments: 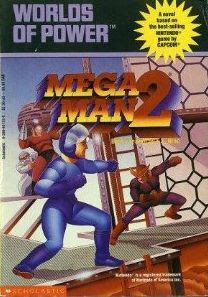 Isn’t it a little strange that our hero has chosen to attack Quick Man with his bare fists?
The Worlds of Power book series was a moneymaking scheme concocted by marketing extraordinaire Seth Godin to sell video-game based books to adolescent boys who spent most of their free time playing NES (though, to be fair, anything that helps adolescent boys enjoy reading can only be a good thing). The series included novelizations of Metal Gear, Castlevania 2, and Ninja Gaiden, as well as two junior edition books for younger readers: Mega Man 2 and Bases Loaded 2. All contained helpful game hints in upside-down boxes, though sadly, none included the quintessential center insert with eight pages of color photos.

In the Mega Man 2 novelization, author Ellen Miles imagines the eponymous character as a whiny eight-year old with a limited vocabulary and a penchant for clichés like “cool your jets” and “he was just full of hot air.” The plot proceeds as follows: Mega Man is transported to a robot boss’s lair, kills some enemies, then easily defeats the boss. Repeat seven times, and then add in a slightly expanded version for Dr. Wily’s castle. There’s also a poorly-developed subplot where Mega Man accidentally becomes human and must deal with his newfound emotions for the first time, but this was handled a lot better in the movie Blade Runner. Several times in the book, Mega Man encounters obstacles like oversized enemies, or weapons that seem to have no effect on the bosses, but each of these challenges is quickly remedied as the Blue Bomber continues on his quest (fortunately, the author leaves out the part of the game where you choose the wrong boss, find out that all your weapons are useless, and have to go back and choose another).

The most annoying loyalty to the game comes when Mega Man has to fight all eight robots a second time by going through teleportation machines. Instead of omitting this relatively unimportant scene, in an act of deft narrative summary, Miles describes each battle in a single alliterative sentence (“He wiped out Wood Man,” etc), leaving only Air Man’s battle described in minor detail (presumably because she couldn’t think of a destructive verb beginning with A).

To make things more exciting for younger readers, the author also litters the book with italicized KaBoom!s, Whump!s, Pow!s, and FWOOSH!s of the type one might expect from the Adam West Batman series. Even more annoying is Bubble Man’s habit of inserting underwater sounds into his speech, which is poorly handled at best:

Mega Man swam through the gates. Bubble Man was waiting for him. “Mega blorble man!” he cried. “How gurgle dare you enter my king-burrble-dom!

While I’m quoting, here’s a typical example of the author’s attention to detail:

The door to the Robo-Transometer* swung open, letting in a stream of light. Mega Man stirred. His head hurt.

*Robo-Transometer (n): a machine capable of both cloning robots and making them human.

The Game Tips (requiring the reader to turn the book upside-down like a Slylock Fox puzzle) range from revealing enemy weaknesses to laughably basic advice (“To kill Air Man, carefully jump the tornadoes to get close to him”). Amazingly, later in the book, the same tip is repeated twice within ten pages (“To get to Heat Man, use the C weapon to cut through the wall”), meaning that either the editor got a little lazy, or this tip was so important that it had to be repeated twice for the forgetful reader.

I’m probably being a little hard on this book considering it had a target audience of eight year-old boys back in 1989, but it was a fun way to kill a half hour. I definitely had a good time making fun of this book that I wouldn’t have had making fun of a book based on Call of Duty 4 because childhood memories of the gameplay, however cheesy, made it fun. While one can’t possibly attribute any objectivity to this nostalgia, it will add a noticeable degree of enjoyment for any twentysomethings who grew up with NES.

Or, you could skip the book and watch this video of James Rolfe reading it in its entirity instead.
Posted by Ian at 3:51 PM No comments: