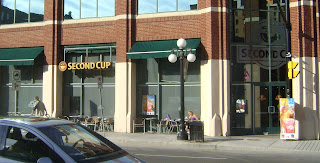 Top 5 Distinctly Canadian Experiences From My Trip to Ottawa:

I drove to Ottawa to see the Tragically Hip in concert and to visit my old co-worker from Japan.  Despite the Tragically Hip's being absolutely huge in Canada, with multiple hits, lots of radio play, and a cultural ubiquity yearned for by bands everywhere, no one in America seems to know who the hell they are.  Check out their stuff here.

In a roadside Tim Horton's parking lot I saw this large truck proudly brandishing a Confederate flag. This provoked a slight mental breakdown as I attempted to figure out why citizens of another country were supporting the Confederate South. 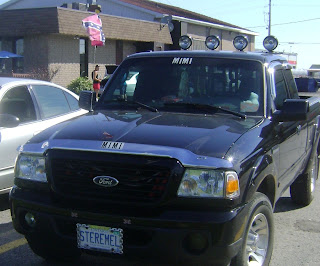 Barely visible on the dash is a model of the General Lee from Dukes of Hazard, which explains pretty well how fans of the show, or of Southern outdoor culture in general, could use the Confederate flag not to represent issues of white supremacy, states' rights, or hometown pride, but to fit in with social fandom. 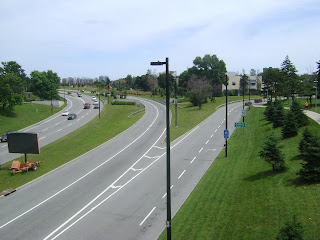 Parkways like this one run around the city of Ottawa and through its center. There was never a lot of traffic anywhere, and it seemed like most people lived in the city limits, rather than in suburbs. I also saw a lot of people of all ages walking, riding bikes, and taking the bus. Compared to places like Boston, New York, and Washington, most of the area around Ottawa and Gatineau (on the other side of the river) is empty space, with a large national park about twenty minutes from the city. 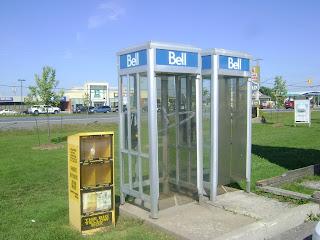 Bell telephone booths with swinging plastic doors, two of the many I saw on the trip. I'm not sure if pay phones get more action in Canada, if they're unused and waiting to be removed, or if public phones receive some sort of government subsidy. 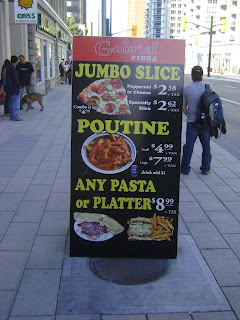 Pizza and poutine place inviting viewers to combo it up. 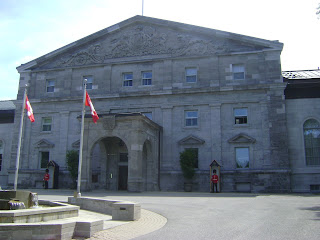 Rideau Hall, and home of the governor general of Canada. The governor general (a job that doesn't exist in the states) acts as the queen's representative in Canada by signing bills and convening with the prime minister. (Canadian readers: feel free to correct my oversimplified and possibly erroneous explanation in the comments section.) The hall is free and open to the public, and the tour guides provide a pretty good crash course in Canadian history.

One thing that struck me overwhelmingly about both Rideau Hall and the museums I visited was that, while the museums in America's capital cater to a wider audience of domestic and international visitors, Ottawa's tourist attractions warmly celebrated Canadian pride. Hanging flags with the providence names abounded, and signs reminded visitors that this was your museum, to celebrate your country. Bilingual signs in English and French formed the impression that all Canadians were welcome. Ottawa's tourism website even declares that the capital region is "Canadian, just like you."

Far from making me feel unwelcome as a foreign visitor, the distinctly Canadian warmth seemed sprung from necessity rather than xenophobia: the city, unlike DC, was simply not expecting many foreign visitors, and had focused its efforts of welcoming domestic ones. Rather than viewing the sentiment as quaint, I found their nationalism inspiring, and unlike anything I've seen in America in some time.

To Sum Up: Ottawa is awesome and you should go there. You should also listen to the Tragically Hip.
Posted by Ian at 2:57 PM No comments:

Labels: This post has lots of photos in it, Travel Adventures
Newer Posts Older Posts Home
Subscribe to: Posts (Atom)